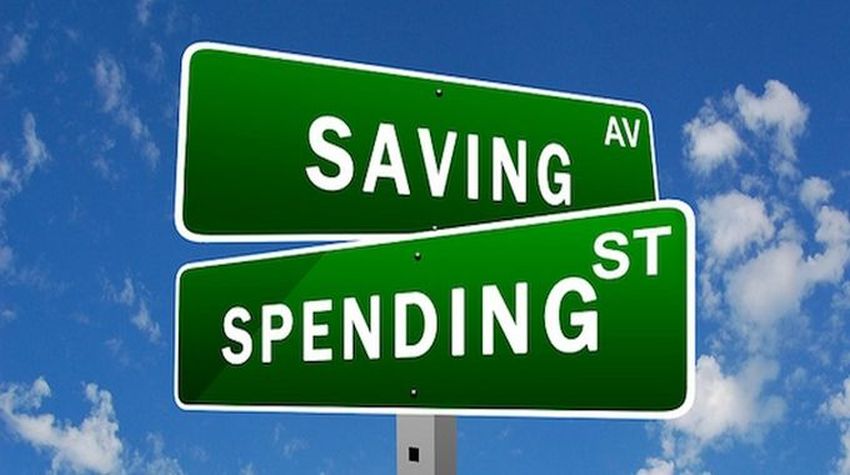 It is indeed a material world. When it comes to spending, North America is a culture of consumption. The result: rising levels of consumer debt and declining household savings rates. Don’t make these 7 most common financial mistakes. In 2008, this culture was hit hard by economic reality. According to the Federal Reserve, U.S. household debt grew steadily from the time they started tracking it in 1952. It declined for the first time in the third quarter of 2008. As a result of the credit crisis and ensuing economic recession, savings rates also rebounded.

For those who had been living beyond their means for years, it suddenly got a lot harder to make ends meet. And, although the government tends to encourage spending during economic downturn and statistics may lead us to think that overspending is normal, it is often a risky choice. Here we’ll take a look at seven of the most common financial mistakes that often lead people to major economic hardship. Even if you’re already facing financial difficulties, steering clear of these mistakes could be the key to survival.

Mistake No. 1: Excessive/Frivolous Spending
Great fortunes are often lost one dollar at time. It may not seem like a big deal when you pick up that double-double, stop for a pack of cigarettes, have dinner out or order that PPV movie, but every little item adds up. Just $25 per week spent on dining out costs you $1,300 per year, which could go toward an extra mortgage payment or a number of extra car payments. If you’re enduring financial hardship, avoiding this mistake really matters – after all, if you’re only a few dollars away from foreclosure or bankruptcy, every dollar will count more than ever.

Mistake No. 2: Never-Ending Payments
Ask yourself if you really need items that keep you paying for every month, year after year. Things like cable television, subscription radio, video games, and cell phones can force you to pay unceasingly, but leave you owning nothing. When money is tight, or you just want to save more, creating a leaner lifestyle can go a long way to fattening your savings and cushioning you from financial hardship.

Mistake No. 3: Living on Borrowed Money
Using credit cards to buy essentials has become somewhat normal. But even if an ever-increasing number of consumers are willing to pay double-digit interest rates on gasoline, groceries and a host of other items that are gone long before the bill is paid in full, don’t be one of them. Credit card interest rates make the price of the charged items a great deal more expensive. Depending on credit also makes it more likely that you’ll spend more than you earn.

Mistake No. 4: Buying a New Car
Millions of new cars are sold each year, although few buyers can afford to pay for them in cash. However, the inability to pay cash for a new car means an inability to afford the car. After all, being able to afford the payment is not the same as being able to afford the car. Furthermore, by borrowing money to buy a car, the consumer pays interest on a depreciating asset, which amplifies the difference between the value of the car and the price paid for it. Sometimes a person has no choice but to take out a loan to buy a car, but how badly does any consumer really need a large SUV? Such vehicles are expensive to buy, insure and fuel. If you need to buy a car and/or borrow money to do so, consider buying one that uses less gas and costs less to insure and maintain.

Mistake No. 5: Buying Too Much House
When it comes to buying a house, bigger is also not necessarily better. Unless you have a large family, choosing a 6,000 square-foot home will only mean more expensive taxes, maintenance and utilities. Do you really want to put such a significant, long-term dent in your monthly budget?

Mistake No. 6: Treating Your Home Equity Like a Piggy Bank
Your home is your castle. Refinancing and taking cash out on it means giving away ownership to someone else. It also costs you thousands of dollars in interest and fees. Smart homeowners want to build equity, not make payments in perpetuity. In addition, you’ll end up paying way more for your home than it’s worth, which virtually ensures that you won’t come out on top when you decide to sell.

Mistake No. 7: Living Paycheck to Paycheck
The cumulative result of overspending puts people into a precarious position – one in which they need every dime they earn and one missed paycheck would be disastrous. This is not the position you want to find yourself in when an economic recession hits. If this happens, you’ll have very few options. Everyone has a choice in how they live, so it’s just a matter of making savings a priority.

Making a Payment vs. Affording a Purchase
To steer yourself away from the dangers of overspending, start by monitoring the little expenses that add up quickly, then move on to monitoring the big expenses. Think carefully before adding new debts to your list of payments, and keep in mind that being able to make a payment isn’t the same as being able to afford the purchase. Finally, make saving some of what you earn a monthly priority.