Debt Fatigue: How Long is Too Long to Be in Debt? 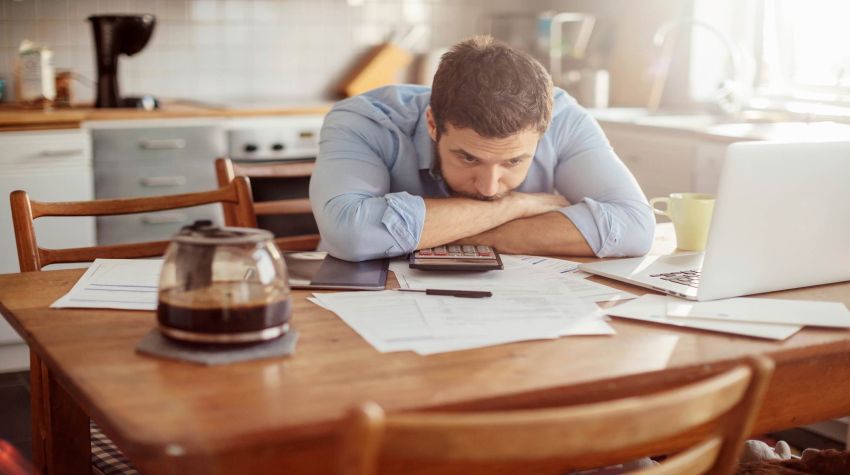 Despite record levels of debt across the country, fewer Canadians than you might think are making moves to reduce the amount of money they owe. According to a new CIBC poll, 25% of Canadians say they haven’t taken any action at all to accelerate debt repayment, while only 16% have talked to a financial advisor about ways to better manage their debt. It all points to signs of debt fatigue – feeling completely overwhelmed by the amount of money you owe but continuing to spend anyway. Six months? One year? Three years? There is no set timeline for when someone reaches debt fatigue, but when you throw your hands in the air and just start spending; you can bet you’ve hit your saturation point.

There’s some nonchalance there, we’ve had an extended period of low interest rates, and the banks and financial institutions have done a very good job at marketing. You’ll see an ad for a car: just $199 every two weeks. People think ‘hey, that’s not bad,’ without stopping to think about the long term. People may think, ‘a bagel and a coffee a day is only five bucks a day. It’s no big deal,’ but when you add it up for a whole year, that’s close to two thousand bucks. Payday loan companies make borrowing seem easy too.

According to a poll, 60% of Canadians currently hold debt. Historically low interest rates have played a huge role in this. People have a lot more debt than they have in the past; because it’s relatively inexpensive debt, debt seems like less of an issue. Although debt repayment has been the number one priority for Canadians, according to CIBC research, less than half of Canadians are taking concrete steps to lighten the load. The latest poll found that 46% of Canadians have cut spending in order to better manage debt, 34% have implemented a household budget, and 20% have made at least one lump sum payment toward debt on top of regular payments.

With debt having become a fact of life for so many Canadians, there are ways to tell when your money woes are growing just as fast as your interest owing.  The standard question is: ‘Are you having trouble sleeping at night?’  When it becomes an issue with people’s day to day lives, when you can’t sleep or are worrying too much, when it’s affecting relationships, then it really starts to wear mentally. When you get a credit-card statement that shows you that if you make the minimum monthly payments and it will take you 84 years to pay off the debt – that really starts to hit home.

Things don’t need to reach a crisis point before you can seek help and start chipping away at debt.  For starters, talk to someone, whether it’s an independent advisor, someone at your bank branch, a credit counsellor, or friends and family.  Money doesn’t have to be a taboo subject.  Don’t be afraid to say to someone, ‘Hey I can’t afford that. If they want to go out for dinner you can say ‘why don’t we do a potluck or we’ll order in pizza’.  Everybody struggles with these issues, and you’d be surprised once you start talking about it how other people can relate to where you’re at.

Don’t let terms like budgeting or tracking spending scare you off.  Find money-management strategies that work for you, just the way you’d integrate exercise into your routine.  If you know you’re not a morning person, it’s unlikely you’re going to commit to going for a jog every day before work.  If you don’t have the patience to write down every single purchase you make over a 30 day period, try giving yourself a weekly spending limit instead.

If you find it too easy to use debit or credit cards, use cash.  Be clear about what it is you’re trying to accomplish. The thing most people do not do is look at what their goals are.  If you have $500 in your account, do you buy the Lululemon hoodie you really like or do you put that money toward your home renovation fund?  You have to have goals, because that allows you to make choices.  Turn to technology to keep you on track too, most banks have tools where you can receive an alert via text message, phone, or email if you’re getting close to or have surpassed your customized budget.